Top 5 luxury yachts up for grabs! 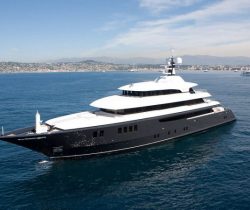 If you are in the market for a super yacht, the team at Any Boat have compiled a list of the top 5 super yachts up for grabs just to make things easier for you. 2. Boadicea: Originally built in 1999, Boadicea underwent a major refit in 2016 ready for you to take over this magnificent yacht. At 70.5m long, parking might be a little problem. Capable of accommodating 14 very special guests in 7 ultra-luxurious cabins, Boadicea also has enough room for 31 crew members. Asking price for this super yacht? A mere 59.5 million Euros. Let me do the math for you. That’s a cool $84,155,000 dollars. 3. Panthalassa: A classic Perini Navi superyacht in every sense. This 56 meter sailing super yacht even comes with an income stream. Panthalassa doubles as a charter yacht for 200,000 Euros a week. At that rate you will get your cool 30 million euros ($42 million) back in not time. Accommodating 12 guests, there is also room for ten crew. The pictures of Panthalassa speak for themselves. 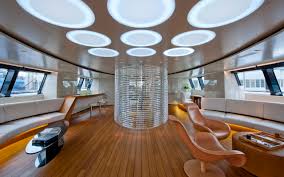 4. Aston Martin AM37S: We don’t want you to think we are all about the big stuff so here’s a little addition to tantalise the senses. Aston Martin has unveiled its first foray into the luxury speedboat market with the AM37S. Priced at a reasonable $3.15 million the AM37S can reach a top speed of 50 knots. James Bond eat your heart out! 5. Icon: This elegant and sleek superyacht is priced to sell at just 56.5 million euros. Following a 6 million euro price reduction, Icon is great value offering a multitude of water toys and features. Luxury knows no bounds following a 2014 refit. The images speak for themselves! She even comes with a 26-foot custom Long Island tender.