Things To Do on Australia Day 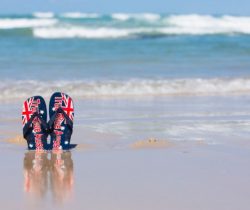 Today however I wanted to take a look at the events and activities themselves and see why Australia Day in and around Sydney harbour is such an incredible experience for everyone who has ever enjoyed an Australia Day Cruise.

Every year on the 26th of January Australians celebrate their (our) national day, and with a backdrop like Sydney harbour it is no surprise that the bulk of events planned for this day happen right in it's heart - the harbour's that is ;) Let's see exactly what these events are and see whether it's worth a look-in or not. Things to do on Australia Day in Sydney Harbour

Throw a BBQ! - the above quote/image already eluded to the integral importance of the Barbie to Australians and as such it would be very UN Australian to celebrate this national day without burning a snag or two -right?!

Ok so this isn't officially one of the 'events' planned around Sydney Harbour (it should be!) but it is part of our tradition, and since it is an option on nearly all Australia Day Cruises it is a must.

Enjoying a few snags in the middle of the harbour surrounded by mates and few cold ones.... now that's what I'm talking about! The above image really does capture the essence of Australia Day on Sydney harbour, with the magnificent Tall Ships making their way towards the bridge, shadowed by those smart enough to be enjoying Australia Day Cruises.

Events are as follows:

The majesty of the tall ships is something to behold.