Only A Few Days Till Father's Day!! 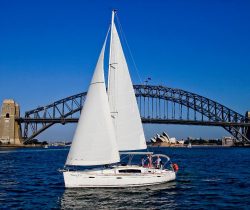 Father’s day is only a few days away and if you are anything like me, you’ve probably left things to the last minute again. Not too much reason for concern though because it’s not too late to organise a day on the Harbour. With no chance of rain and a mostly sunny day predicted, a cruise on the harbour would be an ideal way to spend the day. At Any Boat, we have both skippered and bareboat charters available for the day. Skippered options include boats such as La Dolce Vita, which would be ideal for a leisurely 2-hour cruise. Your captain can take you for a sightseeing cruise around Sydney Harbour and then possibly dropping you off at Doyle’s Watsons Bay or any one of the restaurants at Woolloomooloo Wharf. For larger groups, the super yacht Element, pictured above, is unparalleled for luxury and class. What better way to spend a day with dad? For those seeking a little more adventure, a bareboat charter would be ideal. Dad and the family can hoist the sails and enjoy the harbour sun and sights before setting anchor at one of the many peaceful bays. Athol Bay at the base of Taronga Zoo or Milk beach on the Eastern side as mentioned in our previous blog are both spectacular locations. 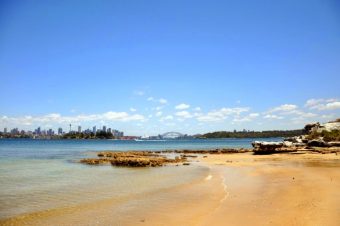 Visit our site at Any Boat and don’t leave it too much longer to organise something special for dad!