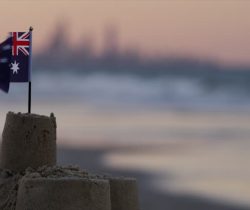 Every Dinky-Di Aussie has some fond memories of playing in the sand as a youngster. What better way to celebrate those memories than by commemorating this Friday 11th August 2017 as world Play In The Sand Day! Whether you were playing in a sandbox at your local park or building castles at the beach, this day is all about getting back out there and re-living those fantastic memories. What is the history of Play in the Sand Day? Well it started out being a day when there were contests around most major beaches around the world to see who could create the best artistic work. Being the great Aussies that we are and being so relaxed about things, we managed to take the focus away from the competition to just have an excuse to get out there and have a great day.

The Best Places to Celebrate

Undoubtedly one of the most recognisable and famous beaches in the world! Tick this of the bucket list and build your own castle at this world famous landmark. This one kilometre stretch of sand is one of the most visited and popular tourist sites in Australia. This beach is positioned in a little slightly sheltered alcove at Vaucluse, an area known for its affluence and lavish houses. Build your own castle out of the golden sands before strolling up to the Kiosk and enjoying some light refreshments as you gaze out onto the Harbour. Nestled at the base of Tarongo Zoo on the north side of the Harbour, Athol Bay isn’t a large stretch of sand however it does provide you with some expansive views of the Harbour Bridge! Enjoy a harbour cruise along the Sydney Harbour Foreshore with a group of your friends. Why not tour all the major Harbour beaches? Nielsen Park, Camp Cove, Watsons Bay and Athol Bay just to name a few. Some catamarans like Delphinus and Rockfish cruise up close to the shore. You and your group of friends can go for a daring winter swim and build your own sandcastles on the shore to commemorate this great event! Whatever you decide to do, try and remember the spirit of the day and have some childish fun! Oh! And don’t forget the flag on top of your castle!