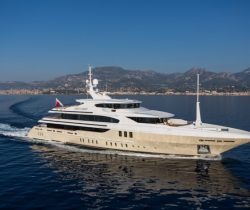 The Candy brothers, also known as Nick (36) and Christian (35), are the founders of Candy & Candy Ltd, a London-based interior design company. With a networth of around $1 billion USD and a portfolio of Superyachts longer than most peoples list of cars they've ever owned these two self made millionaires love living the luxurious life - and they want everyone to know it too. In 2010 the Candy brothers were living in Monaco in a 17,500-square-foot, 30-room duplex penthouse that was recently valued at €192 million.  They owned a boat called Candyscape II which was basically a bigger version of their first superyacht - Candyscape I Where is Candyscape II Now?

2012 - Nick and Christian Candy's £60million superyacht  has gone on sale only two years after purchasing it brand new. Candyscape II is now called SEALYON and is available for luxury yacht charter through Yacht Charter Fleet

Candyscape II - Now Sealyonis the ultimate floating party pad for the rich and famous,  boasting a large rotating sunbed, leather floors and a piano that plays itself.

Candyscape II has spent much of its short life hosting Hollywood celebrities, including Gwyneth Paltrow and US Idol presenter Ryan Seacrest, oligarchs and leading sportsmen, and could be yours for £39 million.

But its sale should not be taken as a sign the brothers’ empire is heading for the rocks — they have commissioned a replacement. A source said: “The reason they’re selling it is because they’ve got another yacht on order. It’s currently being made.”

The 208ft Candyscape II was built in Italy and was itself a replacement for their first yacht, Candyscape, which they sold for about £11 million.  The marketing particulars boast of “contemporary classic styling”, with crystal chandeliers, a glass lift and “a collection of different woods and textures, all seamlessly arranged to combine 21st-century chic with Thirties glamour”.

“A wave and weather artwork adorns the dining saloon and a sun orrery charts the position of the planets. By any standards, the sun deck is an incredible space with a large dining area, elegant bar and a rotating sunbed.
“The split-level master suite shares a private gymnasium with the VIP cabin — entertainment, exercise and sleep — Candy & Candy style,” adds the online brochure. With an interior designed by the brothers, it was fitted with a USD$100,000 Perspex Schimmel piano that plays itself.

The dining table can seat up to 20, with service from two chefs and five stewardesses. Unveiling the yacht, Nick Candy, who is engaged to actress and singer Holly Valance, said: “We wanted to be able to host parties and events.”

The Newest SuperYacht on the Block. Nick Candy only recently took delivery of his latest superyacht and one he named after the birthdate of his daughter.

Read more about the details of this superyacht by following these links:

Christian Candy is the owner of the ‪#Heesen built Monaco Wolf

The yacht Monaco Wolf was delivered by Heesen Yachts in 2014. Monaco Wolf is a 50 meter semi-displacement yacht. She is built of aluminum and has a top speed of 23 knots. Her interior design is done by Francesco Paszkowski. She can accommodate 12 guests in 6 staterooms and has a crew of 8. The yacht is built for Christian Candy, who named her after his twin daughters Isabella Monaco Evanthia and Cayman Charles Wolf.

Who Can Own More than 2 Superyachts? The Candyman Can

Just when you think their portfolio of superyachts is impressive enough, along comes another one - this time she is called Lady Candy and she is a 183.73ft /56m Custom motor yacht 'LADY CANDY'  and was built in 2013 by Benetti. 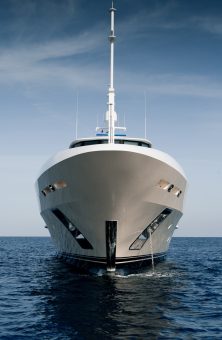 Lady Candy's interior layout sleeps up to 12 guests in 6 staterooms, including a master suite, 1 VIP stateroom, and 4 double cabins. She can sleep up to 12 crew onboard to ensure a relaxed luxury yacht charter experience. Timeless styling, beautiful furnishings and sumptuous seating feature throughout her living areas to create an elegant and comfortable atmosphere.